The fourth single from Junjou no Afilia sees leader Aomi Maho off to her graduation with an upbeat mysterious mood in “Zankoku no Babel (残酷のバベル)”. The girls spend time in plainclothes, black witch gowns, and shining red performance outfits. There’s magic in the air as the members practice levitation, reversing gravity, stopping time, and of course breaking hearts. “Zankoku no Babel” works with a sprawling arrangement that builds high drama with its brooding melody and guitar riff interludes. It’s quite a work that takes a little bit of time to truly appreciate; it’s no simple pop song. “Zankoku no Babel” is on sale now.

Junjou no Afilia (純情のアフィリア) (formerly Afilia Saga and Afilia Saga East) is a Japanese pop group formed from the Afilia saga maid cafe chain. The members of the groups work as maids in cafes and perform as vocalists and dancers. The group was formed in 2008.
On July 8, 2017, the group changed their name to Junjou no Afilia and the group started anew with the current members being considered first-generation, even though some of them were previously a part of Afilia Saga. Junjou no Afilia’s current lineup includes members Oda Anna (桜田アンナ), Tojo Amina (東城アミナ), Nagisa Kaori (渚カオリ), Hayama Kana (葉山カナ), Yuki Chloe (優希クロエ), Amemori Serrah (雨森セラ), Natsume Beel (夏目ベール), Aomi Maho (青海マホ), Mochizuki Meimi (望月ミイミ), and Terasaka Yumi (寺坂ユミ).
More JUNJOU NO AFILIA coverage from New School Kaidan 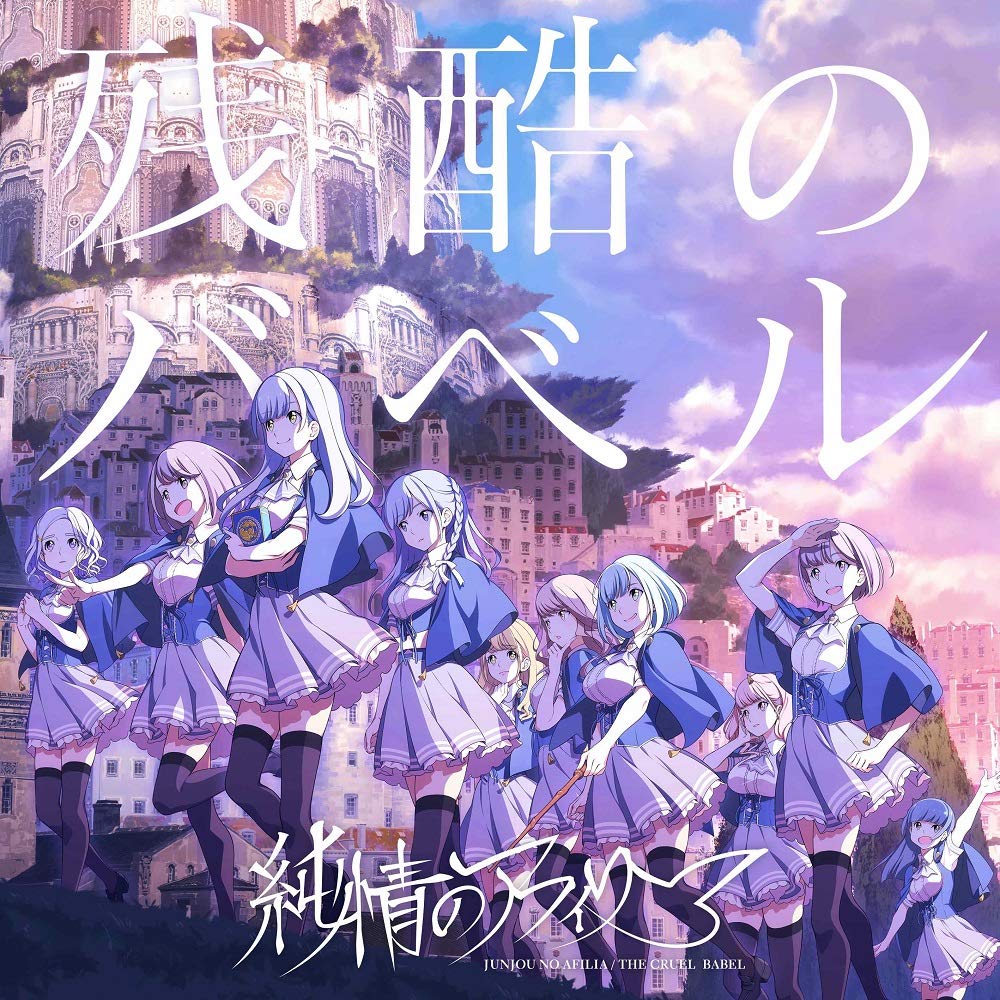 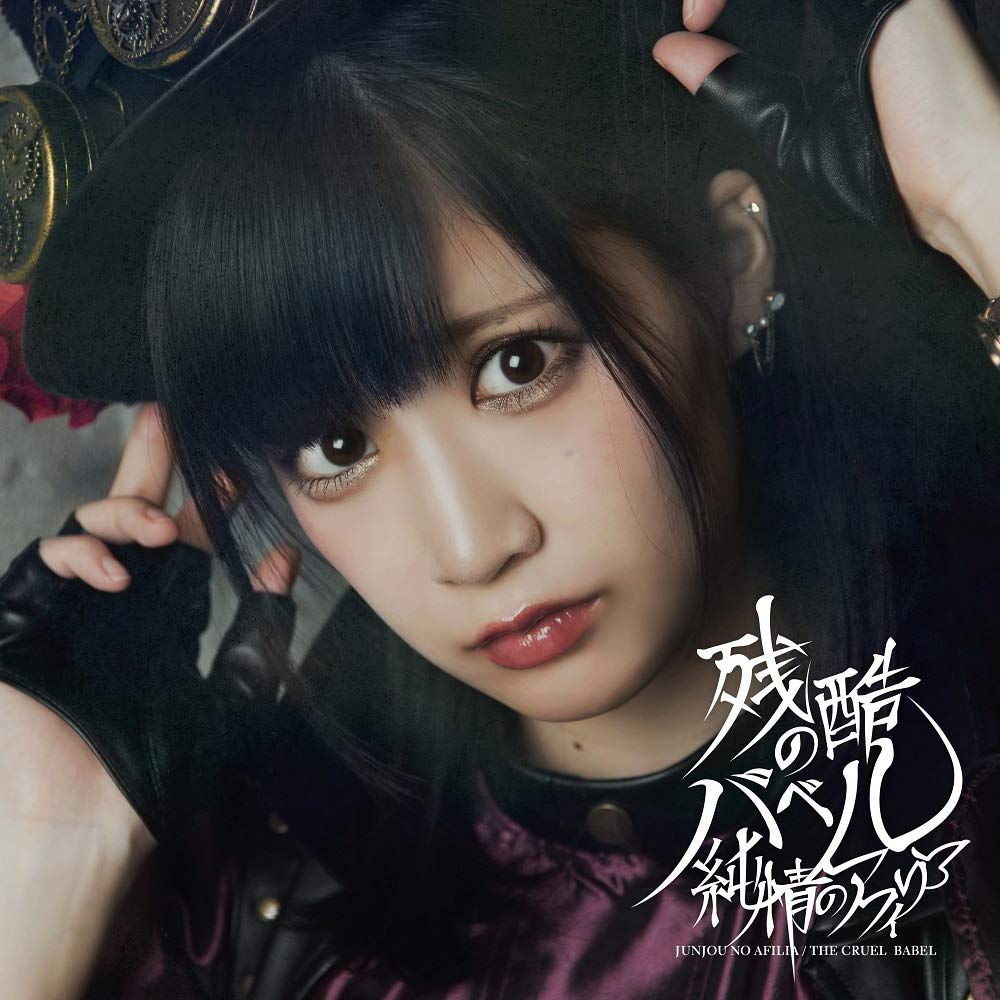 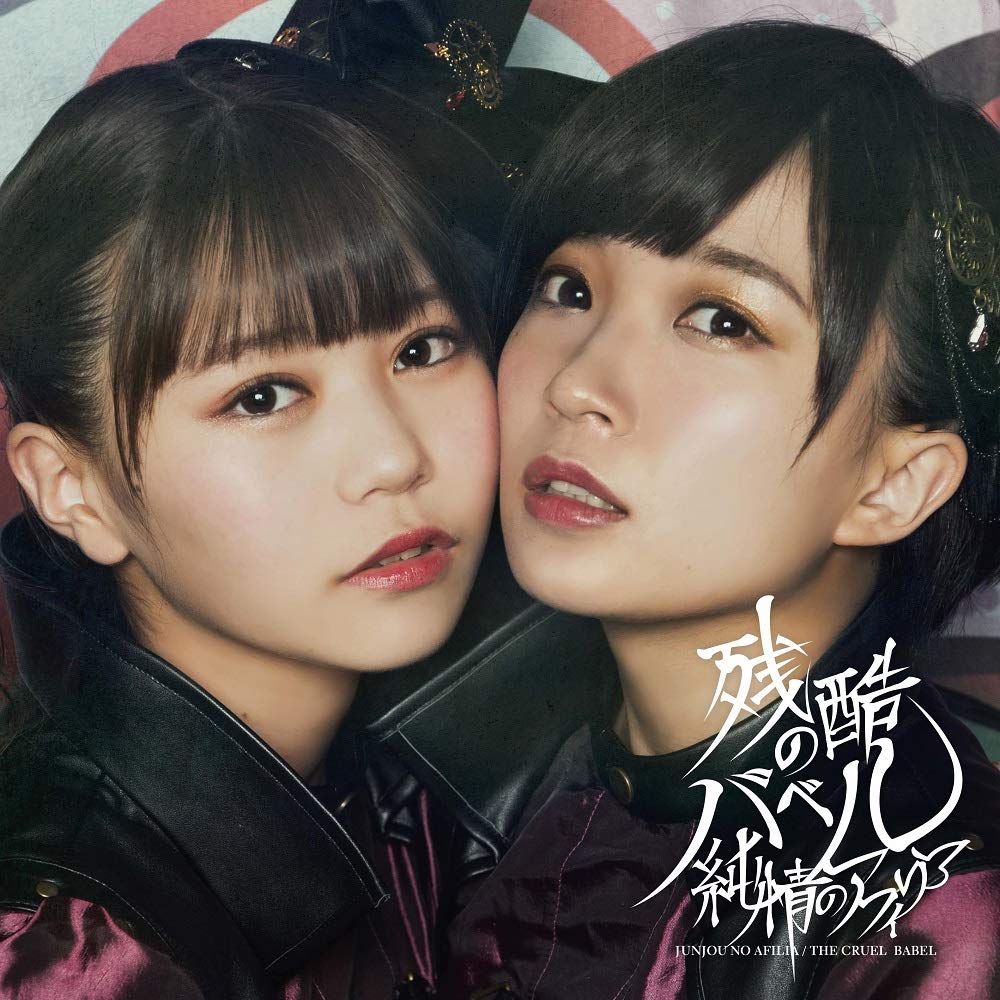 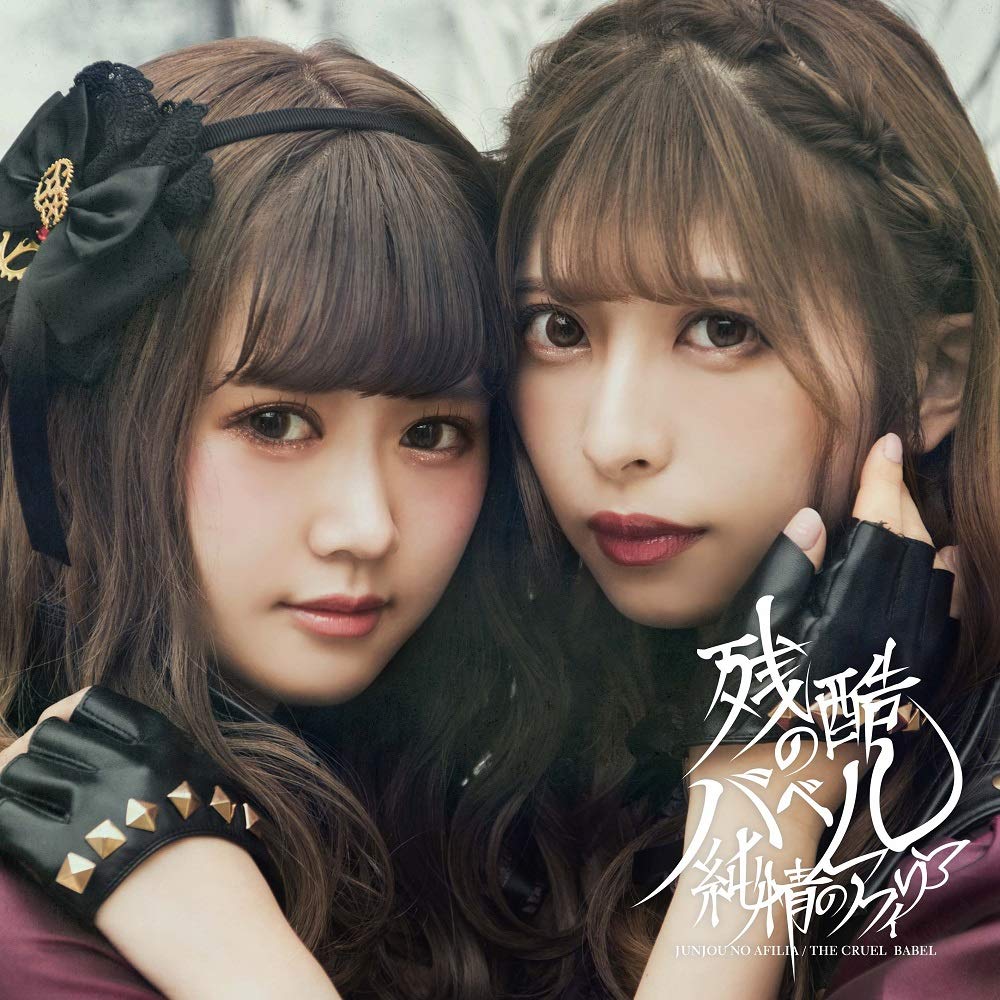 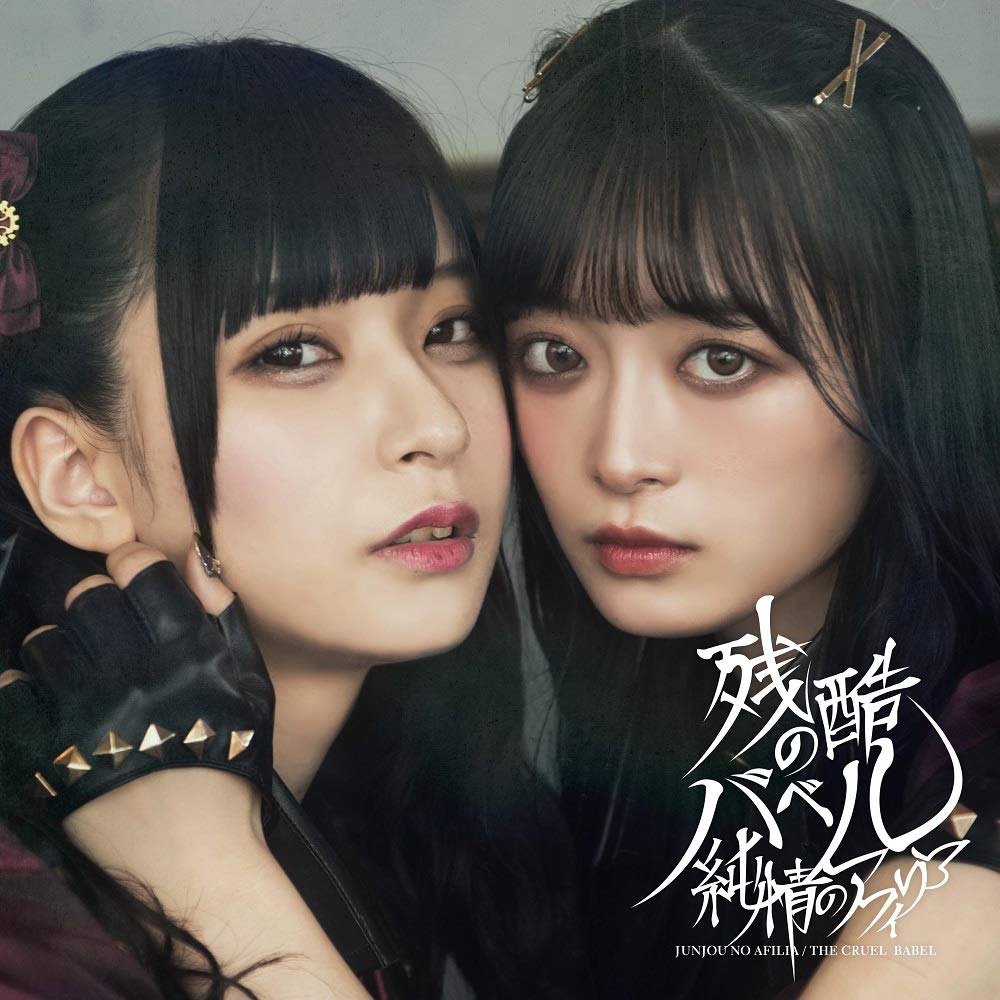 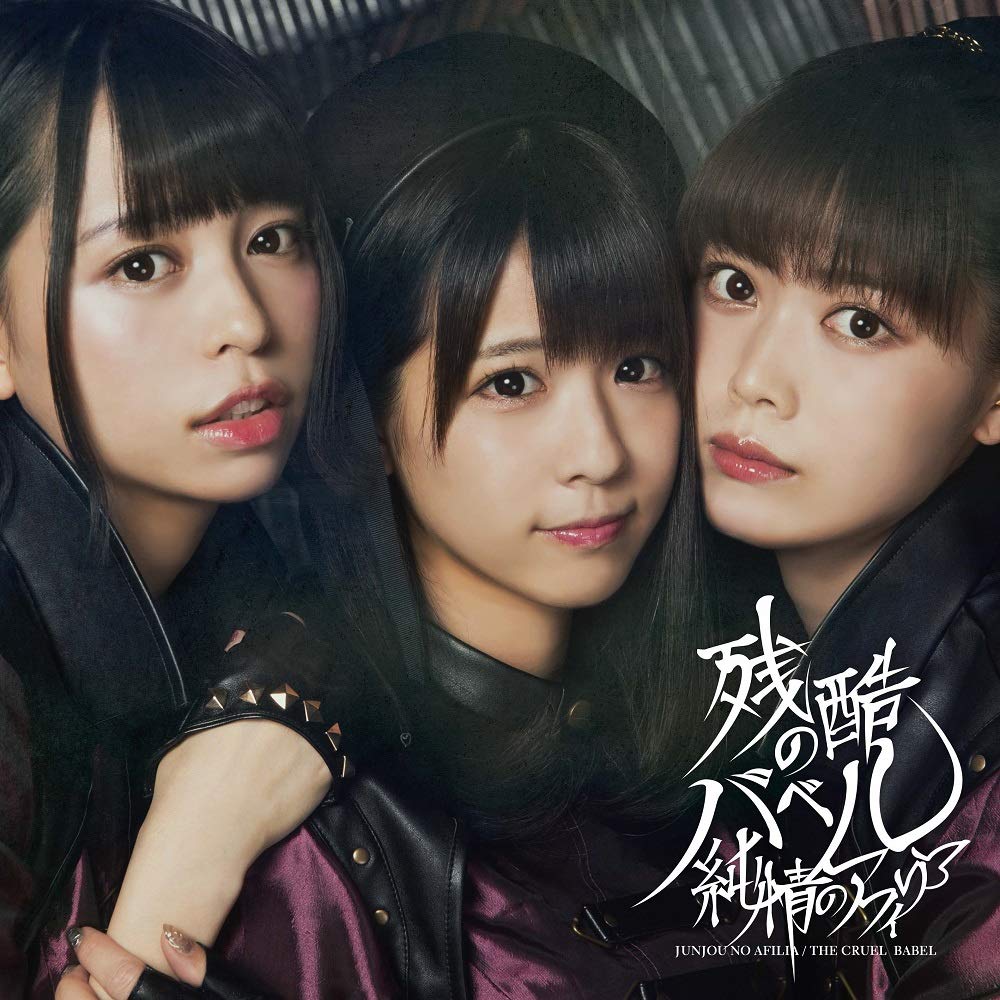 New PV Alert: Junjou no Afilia – I WANT TO GROW

This week’s featured releases come from Afilia Saga and AKB48.