On first watch of Wa-suta’s fourth single promotional video, you might get a bit worried that the girls might now show up. After all, it’s almost a full minute until the cut-out animations of the girls give way to their live action counterparts. The upbeat tempo of “Saijokyu Paradox” deserves some living, breathing flesh for its hurried pace. Of course, I don’t think the PV comes alive until the five girls are on camera with their pixelated hearts, pastel colors, and light up shoes. The girls try to make sense of the rule of opposites with their light up shoes and positive/negative cat ears diametrically opposed to the black leathers seen in the early part of the PV. Personally, I just like to enjoy the pastel pastiche ride without trying to make too much sense of the chaos. You can find “Saijokyu Paradox” as Wa-Suta’s fourth single and on their 2nd album “Paradox World”, both due on October 18, 2017. 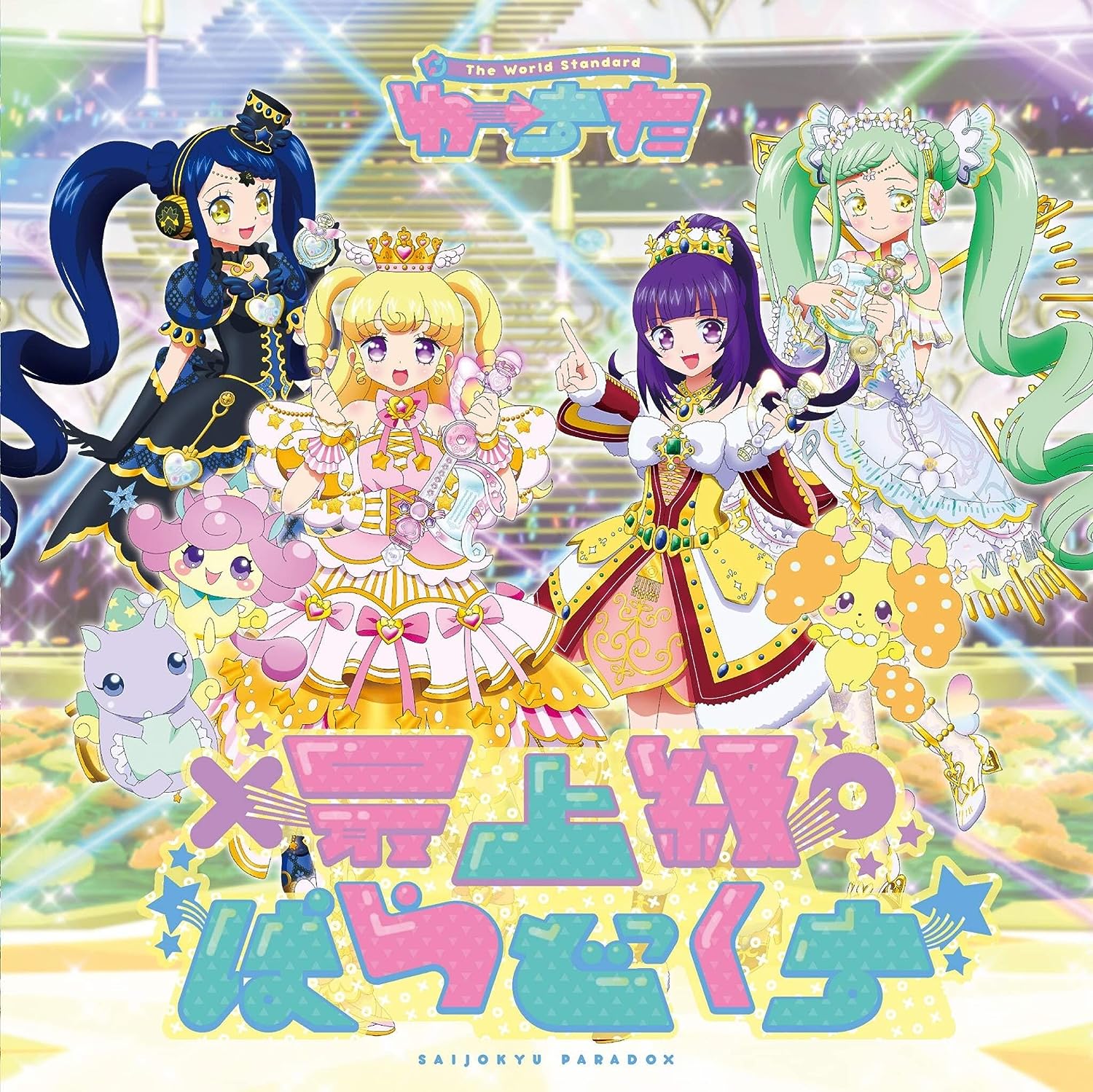 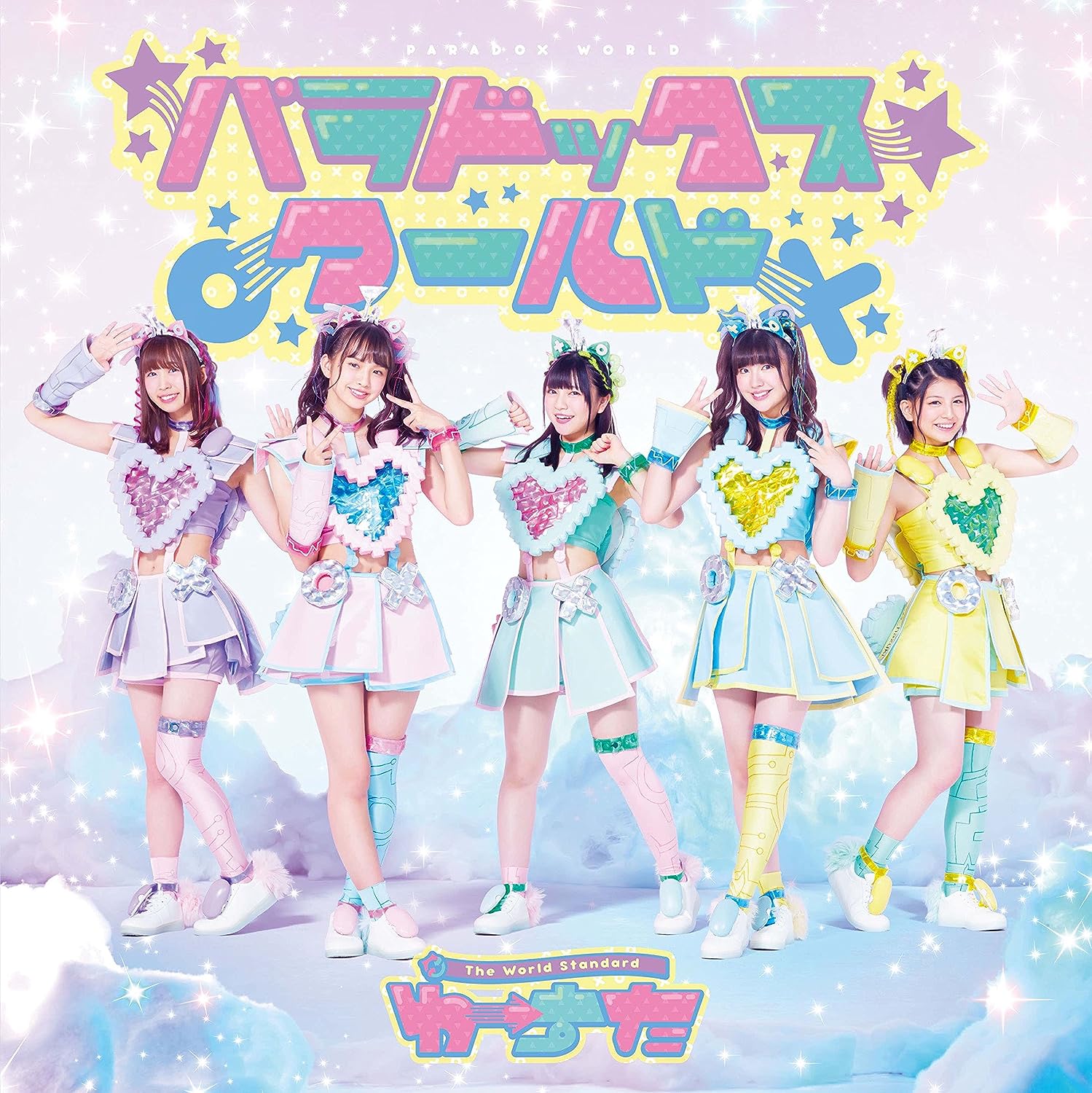 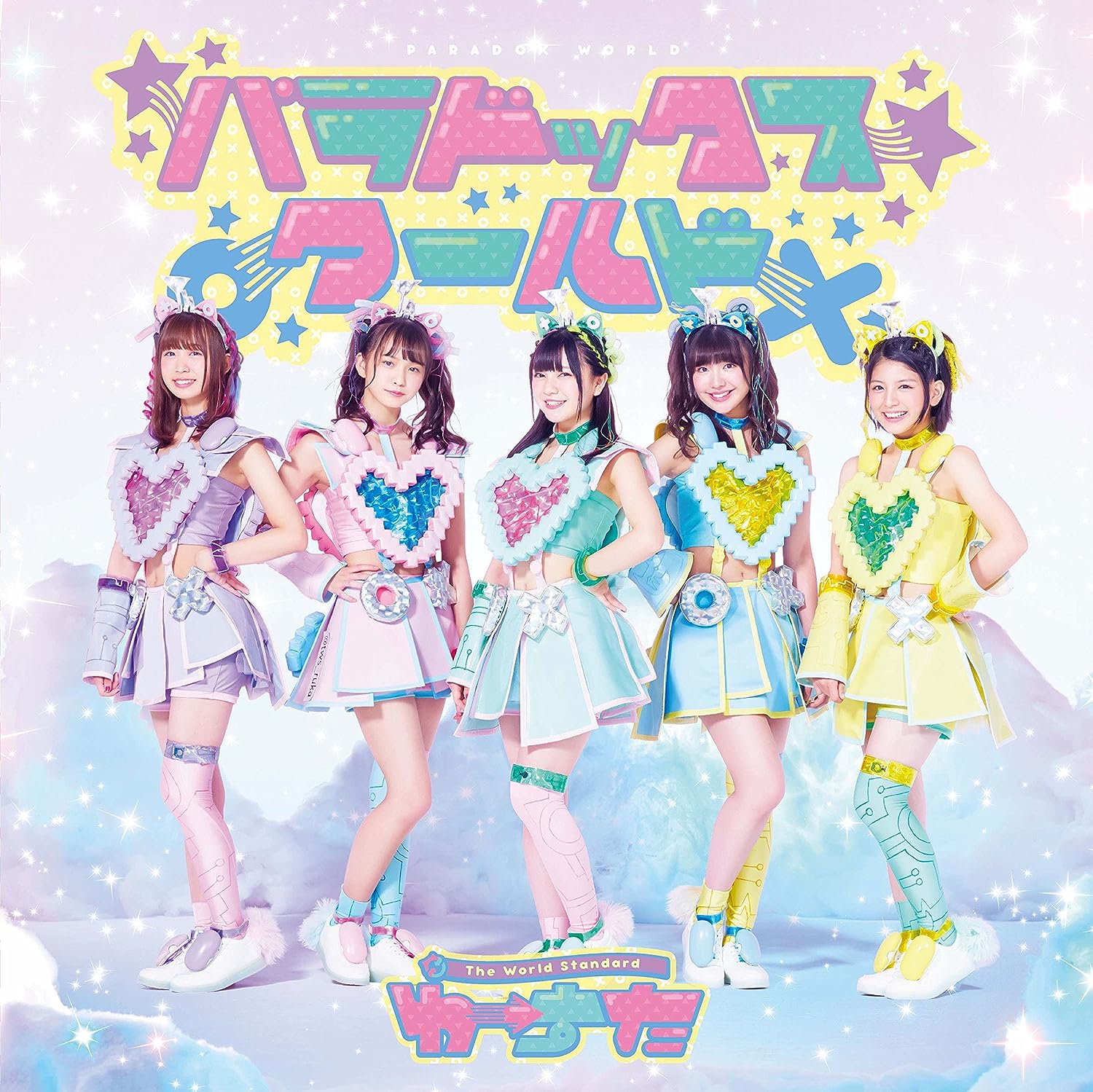