More sounds of the Big 80s from the idol underground comes from former There There Theres and Bellring Shoujo Heart idol Kai. The monosyllabic monikered one offers us “Moonlight Tokyo (ムーンライト・Tokyo)” with the sounds of a drum machine and a vintage blend of strings and bells for its melodic passages. The video itself is formatted in 4:3 for that authentic touch. The overblown whites give the look of a worn VHS cassette that was passed among social partners and dubbed a dozen times. Kai gets a little bit of action in her green polka-dotted dress and complimentary red locks. Well, Kai gets the attention of a cat and dog pair, and obviously one of these two animals is more excited by its dramatic debut. Kai is now partnered with Trash Up!! Records, so we should expect to see more of her as she makes a go of things as a soloist. “Moonlight Tokyo” will be available sometime in May, but unfortunately I don’t have any links for you as of press time. 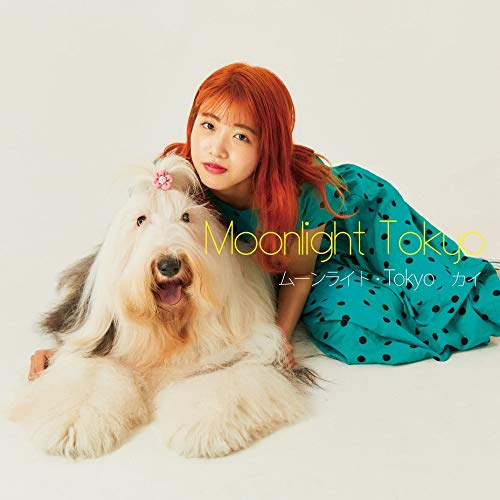