This light funk number by Faint★Star goes with a concept and sticks with it to the bitter end. For “Mafuyu no Tropical Night”, Hina and Yuria get layer upon layer overlaid thrust upon them. The pastel colored geometric shapes spelling out the duo’s name in the opening frames become colored lights projected onto the duo and animated overlays over the video playback. Colors bleed into each other and become a chaotic geometric fantasy that occasionally overlaps the animated abstraction of the girls’ forms. And, if all this wasn’t messy enough the karaoke lyrics float on top of every frame, with English lyrics rendered using those same semicircles and triangles (honestly I had a difficult time reading the English!). While I personally enjoyed the sounds of “Mafuyu no Tropical Night”, I’d be lying if I didn’t say this promotional video left me a bit cross-eyed. “Mafuyu no Tropical Night”‘s orgy of color goes on sale February 15, 2017. 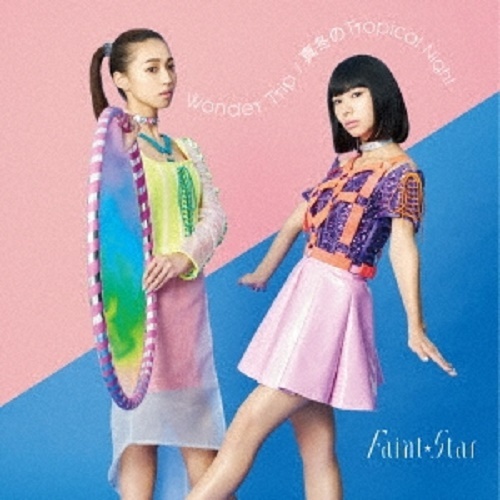