Time to get the good times started with the new promotional video from Dream Ami. The midtempo pop number accompanies its boppity beats with some rakish guitar sounds that impart a vintage feel to the production of “Good Goodbye”. Regardless of the title’s farewell sentiment, the song begs to stay with you with a catching chorus ornamented with Ami’s distinctive vocals. The video production has the former Dream and E-girl member playing a variety of parts (6 in total) that interact together in a mid-numbing Multiplicity nod. Each Ami is of course styled diversely, and each acts with diverse personalities. The candy-colored pop set is probably something expected for a Dream Ami production: A classic yellow convertible top down to the Amis, Eighties inspired geometric hat boxes, and color popping benches and seats all play on floor decorated in teal with pink polka dots. And, of course I love it. You can buy the digital version of “Good Goodbye” right now, or you can wait until March 13 for the physical release of Dream Ami’s 8th single. 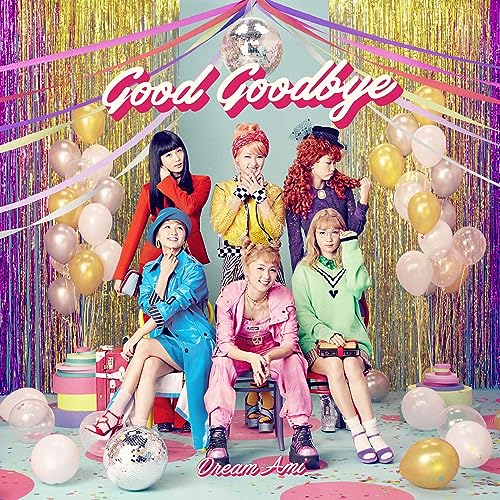