Just how does Cheeky Parade look now that their line-up is down to five members? I mean live, how does that happen? The promotional video of “Bokura no Uta”, the group’s recently released digital single, attempts to answer those questions. As it turns out, Cheeky Parade are looking pretty good. The elaborate formations from the group’s “GREATEST NINE9” lineup take a hit, but the five remaining members bring the energy to their lives despite (or because of) their reduced numbers. From a point of view, Cheeky Parade look more focused now than they ever have in the live shot “Bokura no Uta”. Remaining members share the lines with a more equal distribution than previously seen (perhaps an attempt to keep the rest of Cheeky Parade involved and reigned). This is most evident with previously background member Shimazaki Rino opening the song with a thread-bare vocal solo. The quickly paced double-time of the song’s arrangement fits the Cheeky Parade’s new look very well, although the group’s more dance-oriented leanings are not going away. Pick Cheeky Parade’s “Bokura no Uta” digital single online; it’s available right now! 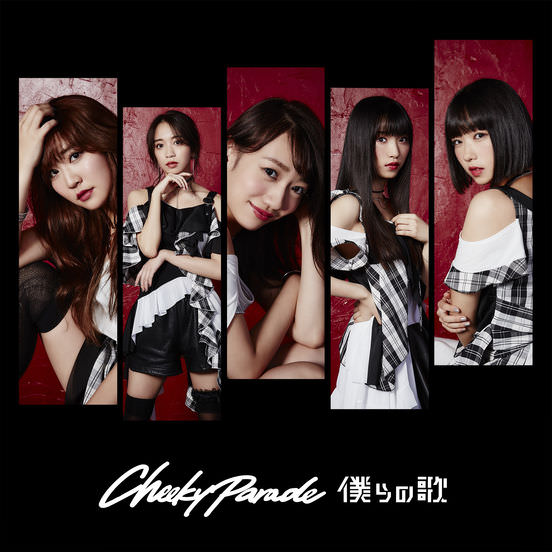