The 4:3 aspect ratio screams 1980’s almost as much as the retro graphics and retro hairstyles in Band Ja Naimon’s “BORN TO BE IDOL”. The group walks that line between a functioning live band and an idol group with frightful balance, and “BORN TO BE IDOL” seems to lean heavily on the idol side. With feathered hair and tube socks, the group frolic among the balloons about as much as I’ve ever seen them frolic. The colored sweaters give Band Ja Naimon the look of an adorable Mickey Mouse Club style to the sextet. The music pits some harsh tones against the fluff and harmonized vocals for bit of alarming contrast. It’s difficult to pay attention to sometimes with all the dewy graphics, but Band Ja Naimon play some serious grooves behind their Showa antics. Give them a listen! 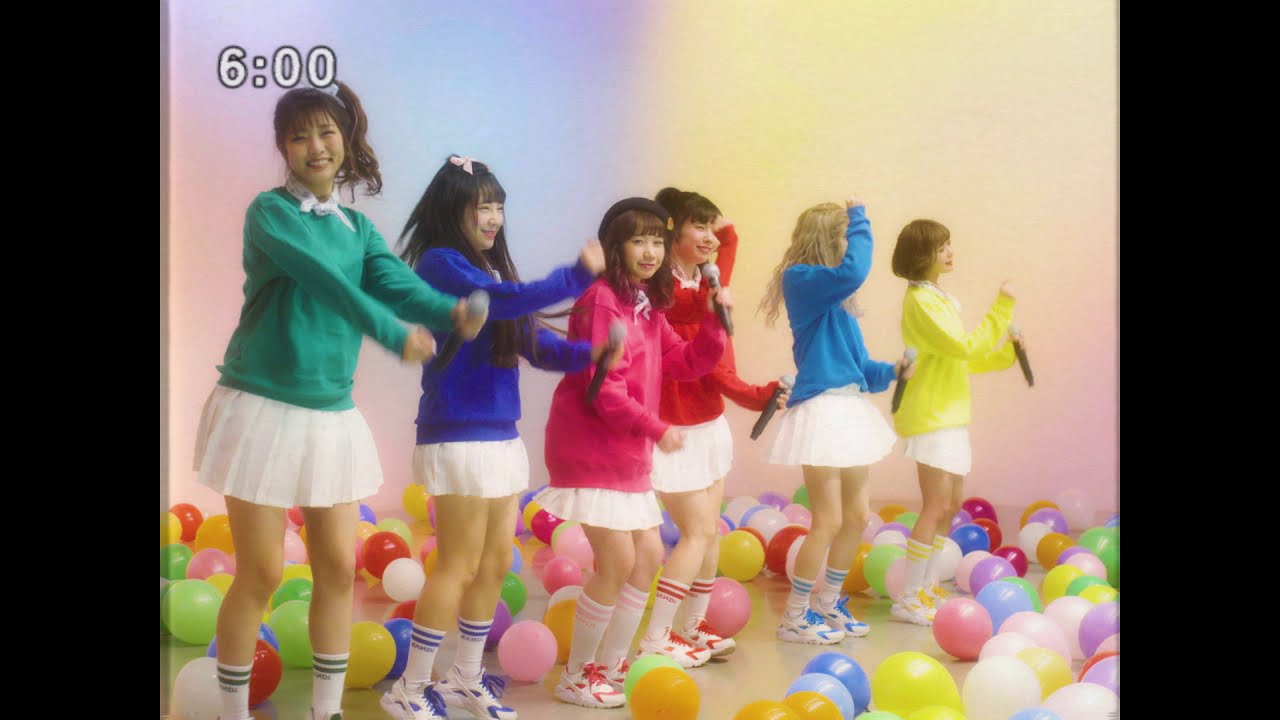 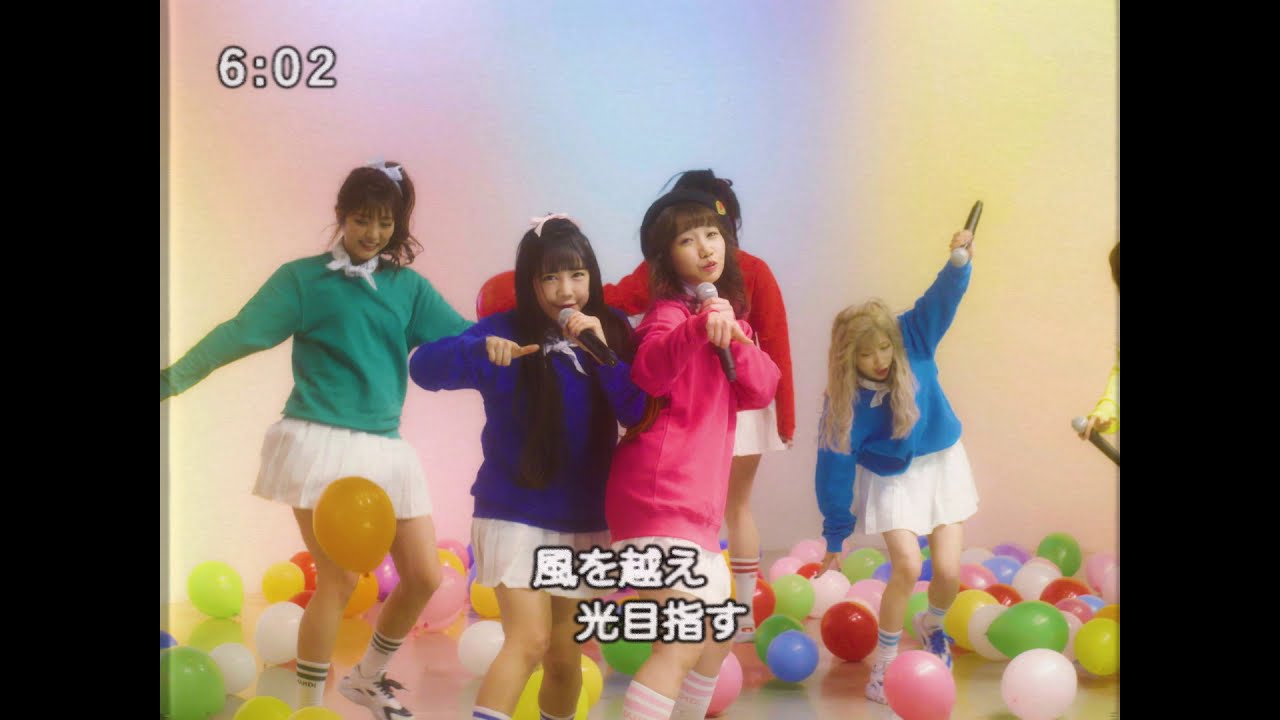 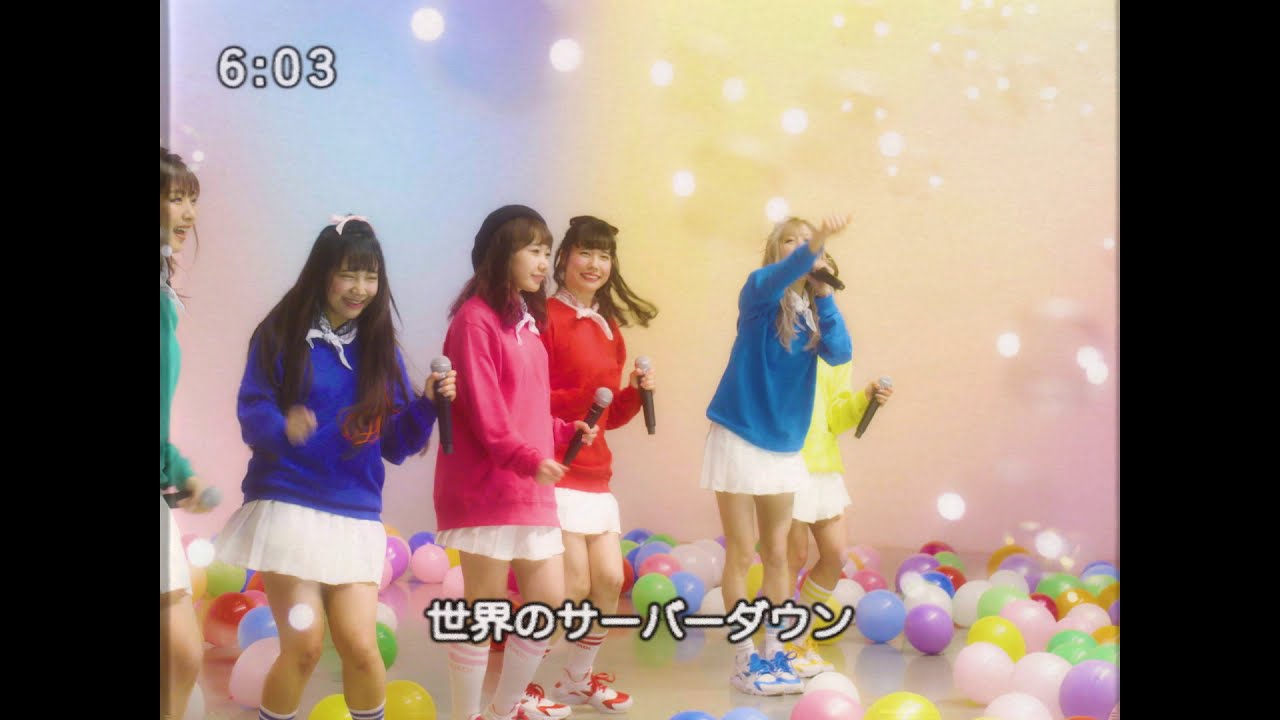 “Koisuru Kanzen Hanzai” puts more focus on the rock side of Band Ja Naimon, with the group playing in cosplay of crime solvers and sleuths. The group really commit themselves to their cosplay, and look fantastic while doing so: exactly what kind of copper wears a shiny leather mini-skirts? A crime has been committed, a cunning act of thievery, and the security lays unconscious. I won’t comment too much on the who-dun-it (it’s not exactly what it seems). Instead I’d like to focus on the music of “Koisuru Kanzen Hanzai”. There are some serious tasty action going on here! From the opening licks to the snare rolled verses, to the rising melodies of the chorus Band Ja Naimon show off some real skill at their instruments. I always have a thing for rhythm sections, and the group doesn’t disappoint me with their grooves. The cosplay looks great, and the mystery is fun, but give me the groove of “Koisuru Kanzen Hanzai” any day of the week and you’ll make me happy. 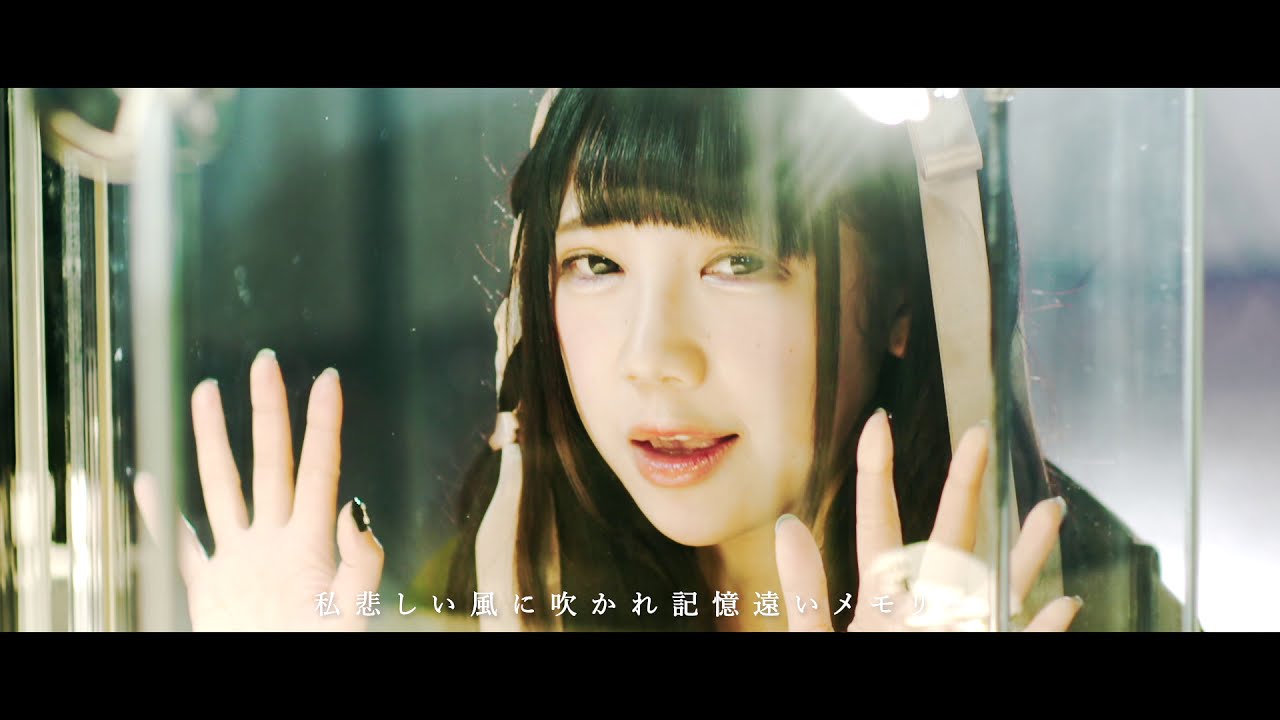 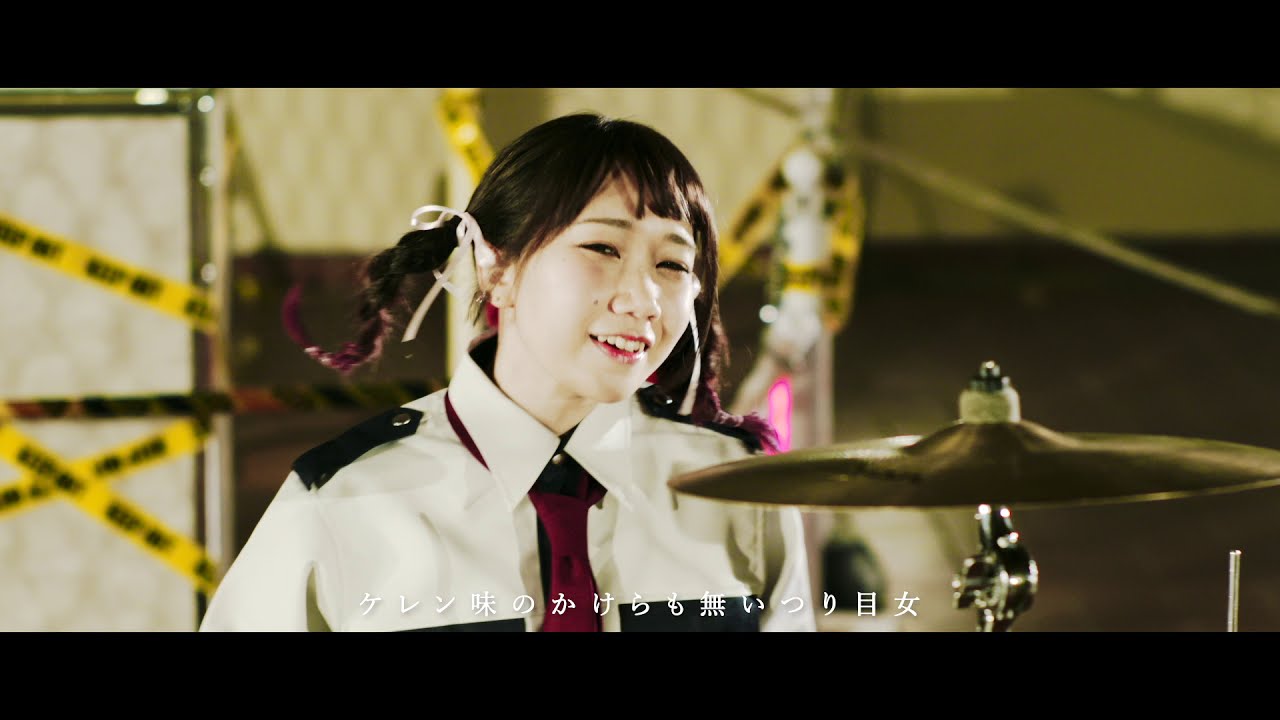 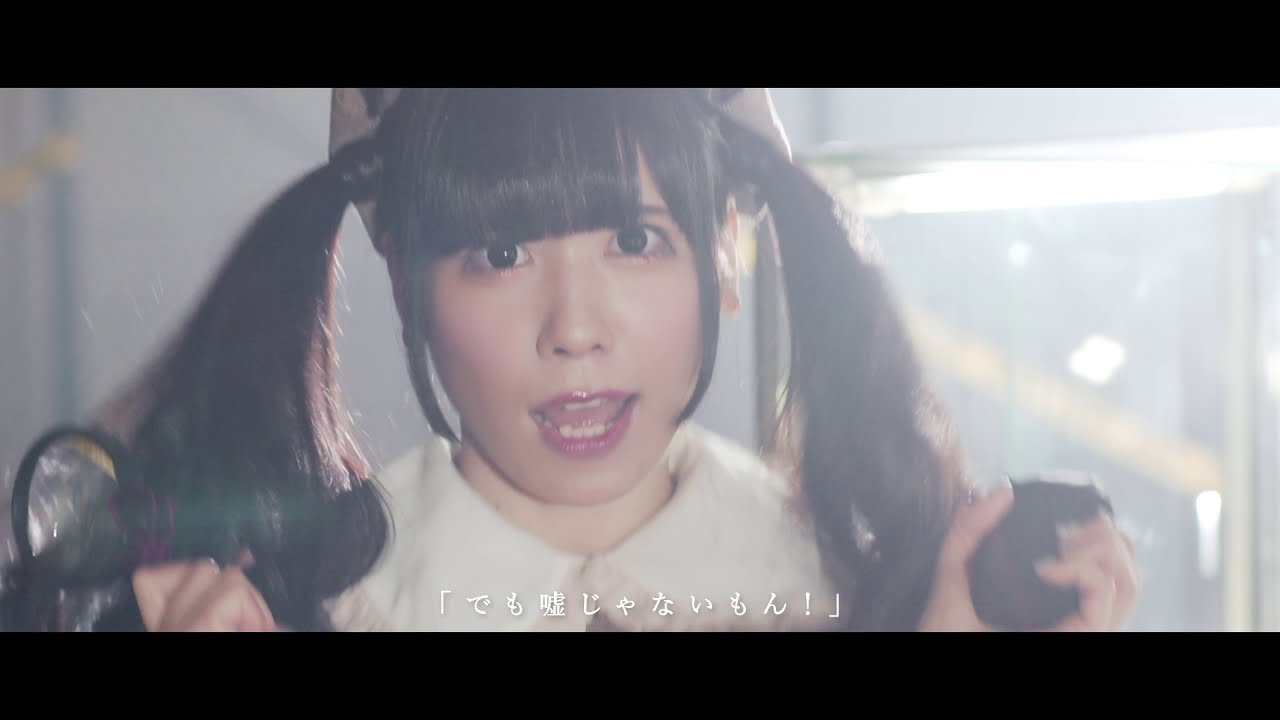 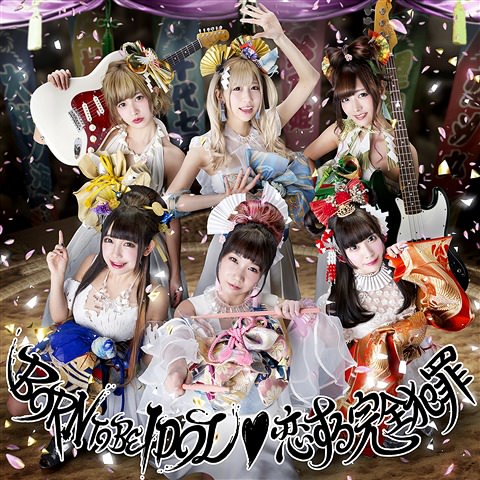 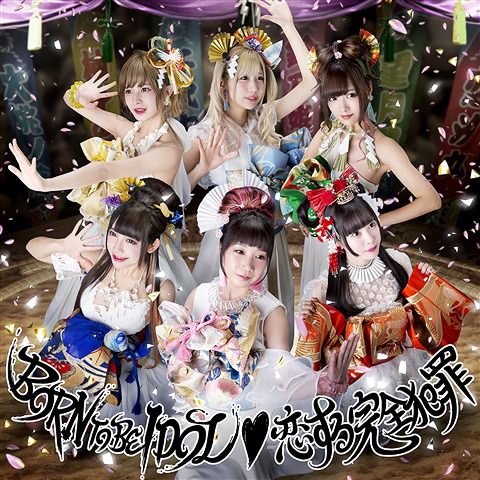