Alt idol group NECRONOMIDOL break into the West Coast this winter with a foursome of performances scheduled. “Darkness Over the Pacific” brings NECRONOMIDOL to four cities on the Pacific coast. In their first trip to the US, the group will make stops in Los Angeles, Portland, Seattle, and San Francisco starting on December 15, 2017. NECRONOMIDOL bring a live backing band ZEROSHIKI with them for all but the SF gig, so these performances are sure to be something worth talking about. Due to school, Hina will not be appearing, which is a bit regrettable. But, if you’ve been itching to get yourself to an alt-idol show but haven’t made enough scratch to head to Japan, then you should pick up your ticket to the left coast soon.

NECRONOMIDOL began in 2014 as the project of Pittsburgh native Ricky Wilson in Tokyo. The group currently consists of Sari, Kakizaki Risaki, Yotsuyu Hina, Imaizumi Rei, and Tsukishiro Himari. The group performs mainly metal and darkwave. Their performances are “like being beckoned to a netherworld of beauty and terror.”

And, here’s a short message from the NECRONOMIDOL 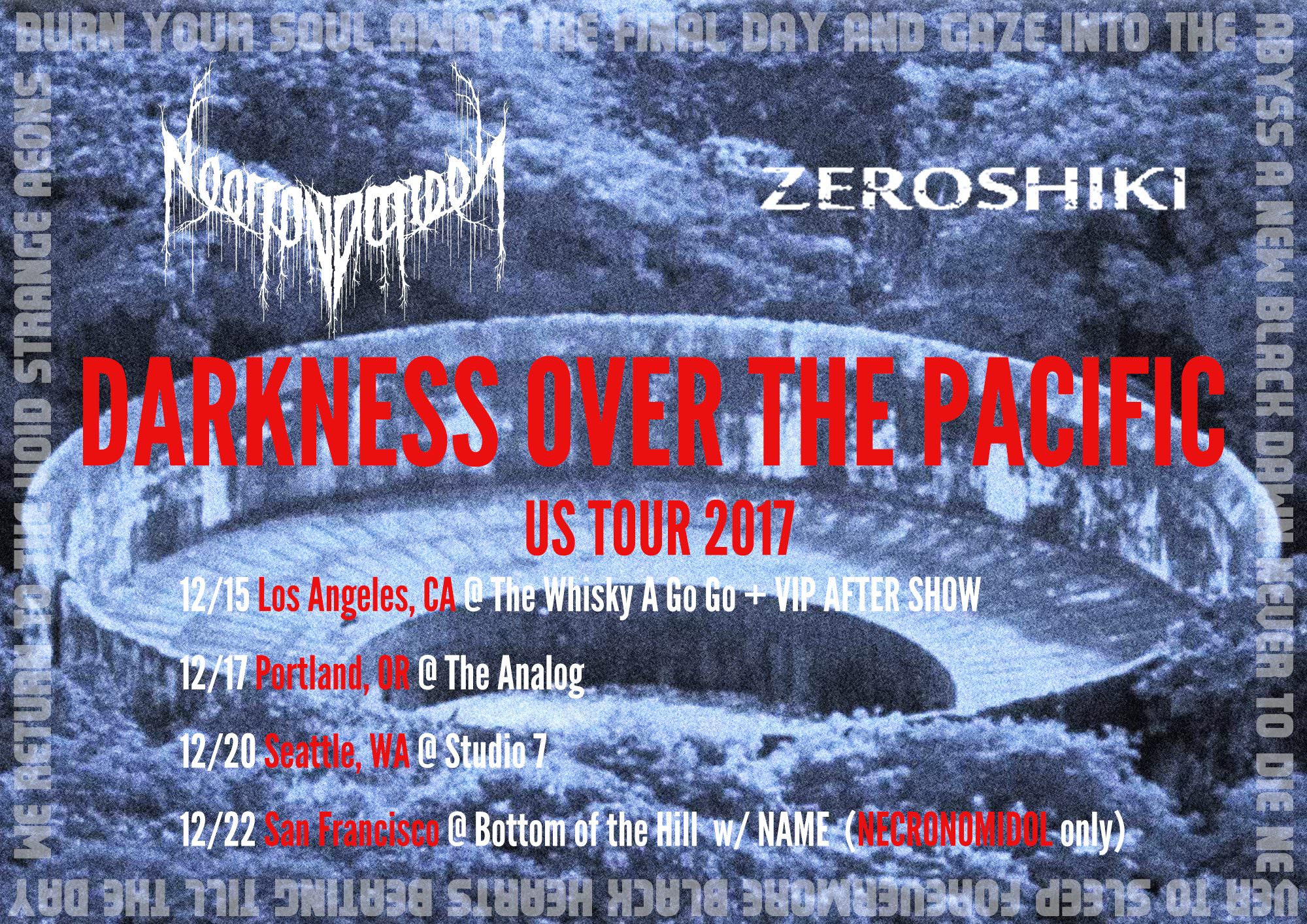